You are here:
Fairground Rides 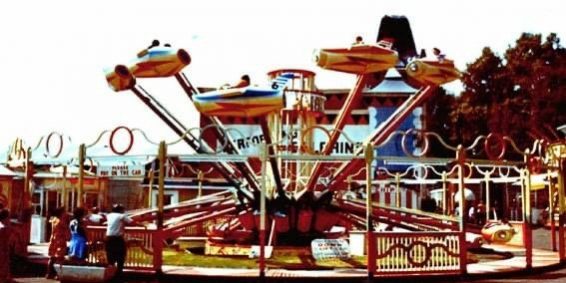 There’s a right royal affair going on in our showroom!

This year is the 70th on the throne and, as Head of State, the Queen is the longest-serving British monarch in history. It is her platinum Jubilee year. And seventy years ago, in the same year of 1952, the fairground ride, the Jubilee Jets, was built. 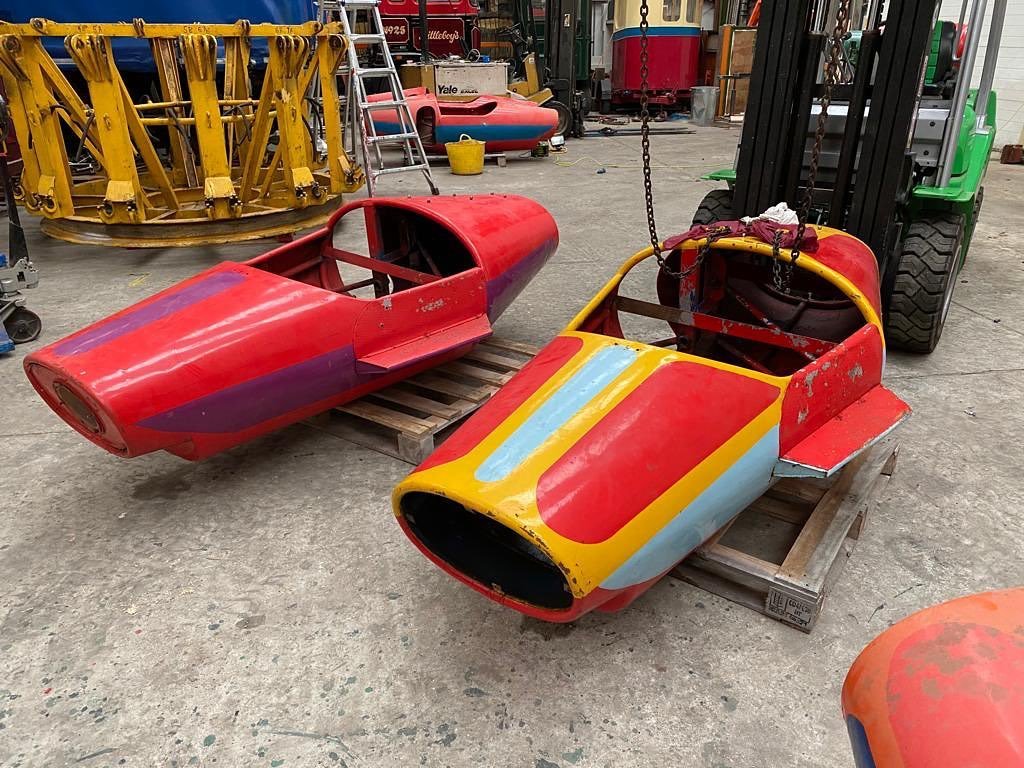 Now, here at Littleboy’s, we are in the process of restoring these magnificent Jubilee Jets – evoking a Royal Jubilee Time Capsule of memories and fun that they have already brought to many. And, once fully restored, they will be on ‘sparkling form’ – just like the 95 year-old queen has been recently described – for a new generation.

All in time to coincide with the Queen’s four-day bank holiday of Jubilee celebrations in June.

Where did it all begin for the Jets?

Also known as Hurricane Jets, this now-scarce ride was of German origin that first appeared in the UK in 1952. The two main manufacturers were Maxwells – who only built three sets, but did build the first – and Lang Wheels, who built the majority.

The last known set was built in the 1960s, with only 41 ever having been built in the UK. And we have one of these marvellous rare rides in our showroom! And its restoration is underway. 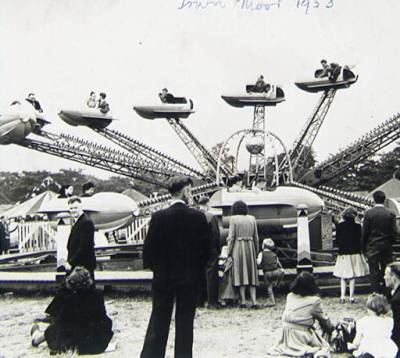 All these jet rides were similar in that there was a centre truck, with the circular motion of the ride being provided by an electric motor. Each of the arms, which were hinged to the centre, was provided with an individual compressed air cylinder, and riders controlled the elevation of their jet by use of a joystick within the car.

These rides are an early example of a rider-controlled machine. The passenger is able to pull back on a gear stick to release a pressure valve that lifts the arm and controls the angle of elevation.

This was something of an innovation, and was probably the first ever use of a hydraulic-type system on a UK fairground ride.

A World’s Fair correspondent’s experience of this new Jet Plane ride at its Hull Fair debut in 1952:

“Outstanding among the riding devices in Mr. John Hoadley’s latest acquisition – the Jet Planes. This brand new machine looks like being the favourite. In addition to the townsfolk who constantly flocked around it I noted quite a few of the riding masters keenly interested. The machine is circular and has a diameter of 54 feet. It has 12 planes each capable of seating 2 adults or 3 children. The ride operates in an anti-clockwise direction, and perhaps the most pleasing feature is that by moving what might be termed the “joy stick” he (or she) can raise or lower the plane when the machine is set in motion.”

“The Jet Planes were developed by Maxwells in 1952 for North East showman John Hoadley, making a sensational debut at Hull Fair. The ride captured both the spirit of technology with its use of compressed air, and the spirit of popular culture with its hybrid blend of Odeon style design and space travel imagery. The clinching factor of the ride, however, was the autonomy it offered the rider, with each plane rider-controlled in terms of the up and down motion. This level of direct interaction was unprecedented.”

David Littleboy says that “it needs a full strip down and repaint. All new air system end-to-end, all new electrics, a complete new top section as the original framework is rotten. A new three-phase motor and modern ride controller. All new lighting, a full decoration, and a few other mechanical replacements. Plus whatever else we find along the way!” 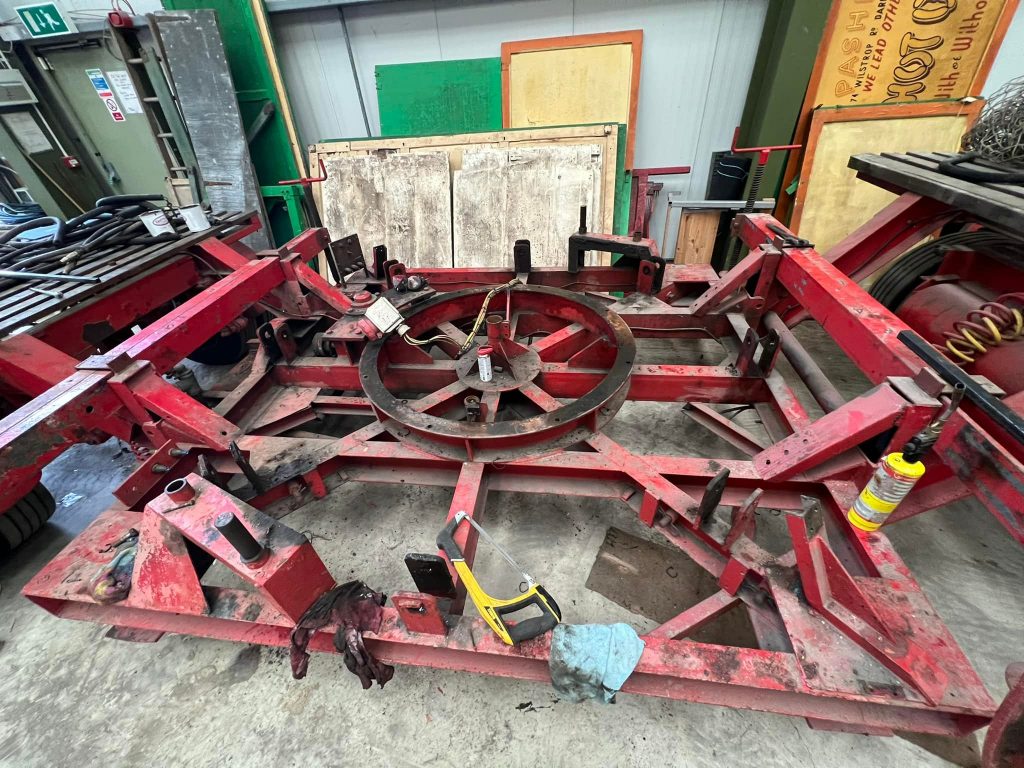 But Littleboy’s is not a vintage fairground restorer to shy away from a challenge! “We have restored similar rides before, and we love being tested and stretched. And besides, we simply just love these magnificent machines. We couldn’t resist.”

And our restoration efforts have not gone unnoticed. We receive such lovely comments from fellow enthusiasts, with one of the recent ones being:

‘The work you do restoring these rides are out of this world. No limit to how far you go with detail and quality. You seem to make the impossible possible. If it wasn’t for the like of you guys with dedication, then I’m sure there would be a lot of this machinery that would never see the light of day ever again. Amazing! Keep up the good work.’ 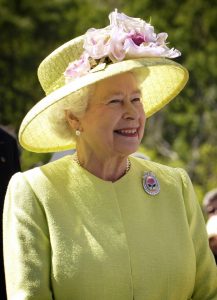 “For 70 years our Queen has been there, the one sure and steadfast rock in our unpredictable world,” says a Royal enthusiast.

For us, our Jubilee Jets are a sure and steadfast delight for vintage fairground enthusiasts, and they will be trooping their colours and displaying their own fly-past above the heads of the crowds.

Watch this space for where you can see and experience them! Long may they reign. 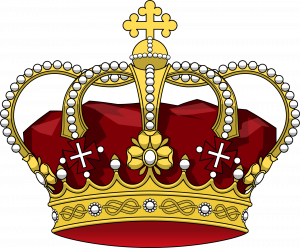